Well, if John Motson was doing the commentary on my Christmas Day events , he'd inform you that this was only my second Christmas outside Scotland ; the other being in Peru in 1997.
I was curious to see how this event was celebrated in a different country, so it was with with great anticipation that I headed down the M6 towards Manchester.
I couldn't believe how quiet the roads were...it was the least stress I've ever experienced on a drive down south. If only it was always like this.
My brother has just bought a new house there and he's kindly volunteered to do the Christmas honours.
As in Scotland, people celebrate Christmas down here by (usually) eating a big turkey, exchanging gifts and drinking excessively.
As I drove through Manchester, I saw a man in the street in his underpants holding a bottle of beer and shouting,
"Is THIS what you fucking WANT???"
before being sick, then going trudging back into his house. I assume this is some kind of traditional Christmas role-playing, although I'm not 100% clear on what is being depicted here.
Perhaps the man was representing a character from a Charles Dickens book?
Anyway, Christmas Day was great.
The only bum note was the cancellation of the Xmas Pudding.
I was poised with a ladle and a bottle of brandy, however, a mini-oven was mistaken for a microwave oven, and the upshot was that rather than taking 10 minutes to cook, the pudding cooking time was estimated at 3 hours.
After careful consideration a decision was made to cancel the pudding.
I poured brandy over ice cream and set it on fire, but it wasn't the same really.
I watched some television after that.
I have to say that I was shocked and stunned to find that "To The Manor Born" wasn't very good.
In fact, I'd go as far as to say that it was 60 minutes of damnable ghastliness.
The BBC executives who commissioned this disaster should be kicked to death by a gang of clog-wearing Television Commissioning Editors.
Any humour in the original series was derived from the will-they-won't-they aspect with regard to their future involvement in some "horizontal folk dancing".
You take that aspect away and you are left with a steaming great turd.
The Catherine Tate show was a bit ropey as well but the first sketch with Kathy Burke was utterly brilliant.
Coronation Street made me cackle with laughter as well.
Kevin and Sally had just found out that their ridiculously vampy daughter had been having an affair with her teacher ; Kevin had kicked the shit out of him in the street, then they'd retreated back into their house.
The stilted dialogue and acting in the scene back in the house was very funny.
Rather than shouting and ranting at the tops of their voices, they calmly discussed this calamity as if they were reading the news off an autocue.
There are more searing, emotional arguments in the Park family when someone has gone to the second row of chocolates before the top row has finished (unforgiveable in my book)

This is a bit of a curiosity
It's a comedy short that many countries in Europe always show at Christmas.
The weird thing is that it is a British production but is completely unknown here.
It has its moments but is a bit slow moving.

Now, this is what I call a trailer!
This was made in the days when trailers would contain ALL the best bits of the film, and you'd often go to see a shite film then mull over how great the trailer made it look.
Posted by jimbo at 12:33 pm 1 comment:

In terms of the reaction of friends and colleagues to THAT review, I can say, without fear of contradiction, that providing the story for the article has represented my greatest triumph in the world of comedy.
Wherever I've been in past couple of days, I have been greeted with wall-to-wall laughter.
I'm very proud!
I'm a bit concerned now about my comment on the article as one of my aquaintances has described my contribution as "sanctimonious".
Anyway, it's time to move on...
It's only 4 days till Xmas...and the original cast of "to The Manor Born" are re-uniting for a special one-off Christmas special.
I can barely contain my excitement.
I can remember with great clarity the devastation I felt when the series ended all these years ago.
I tumbled into a deep depression and it was many months before I was able to pull myself together and get my life back on track.
But only "4 sleeps" to go, and it's back!
Posted by jimbo at 9:04 pm 2 comments:


Well, it wasn't a vintage night at Black Bo's last night.
The Evening News had a reviewer in and we got a fairly comprehensive kicking.
I couldn't argue with the reviewer's overall sentiments, but it was somewhat remiss of him not to make any reference to the fact that the night was billed as a "new act/new material evening".
This sort of format is inevitably hit and miss, as there is a strong experimental flavour to the whole thing.
Personally, I was let off lightly, and I was credited with "the best gag of the night",(which he proceeded to disclose in its entirety to the whole readership of this august journal. Arse.)
But he did take a pop at my "terrible puns"!
I readily admit they are terrible, but feel that the humour arises from the convoluted set-ups rather than the limp pay-offs...
The review doesn't seem to be on the net , but I'll post it if/when it appears.
Ah well, you learn to take things on the chin and move on, but it is disappointing that a great opportunity for some good publicity has gone by the wayside....
The review took up a whole page...
Posted by jimbo at 10:07 pm 2 comments:

The Black Bo's comedy night seems to be gaining a bit of momentum.
It was packed out last week...a very enjoyable evening!
I was compering, and I have to say in all objectivity, I wasn't too bad.
In fact, without getting too carried away, rather than my usual 3/10 marks for compering skills, I'm going to award myself a lofty 4.5/10.
Definitely a significant improvement.
I was especially glad the evening went well as I had been delivered a hammer blow earlier on in the day as Jim Hobbit phoned to cancel due to illness.
Thankfully he's ok now.
I was worried because I imagined that it would take something extremely serious to force Jim to cancel a show, as he is the most enthusiastic-to-perform comedian I know in the world.
I could imagine a situation whereby a bed gets pushed on stage with a drip attached and a microphone is slowly lowered towards the prone body, before hearing the immortal opening line "Walk like a wee pigeon!".

Today in Edinburgh "The Santa Run" is taking place.
It's ostensibly for charidee and involves about 2000 people dressed in full Santa gear running along Princes Street Gardens.
I was thinking; this must be very confusing to a 3 year old child who maintains the belief that there is only one Santa Claus.
How would you address this issue as a parent?
I had a thought that you could pretend that the event is a dramatic re-enactment of Santa's pre-Xmas wank.
You could say that the thousands of Santas represent the sperm of the one, true Santa.
It's plausible to believe that Santa may well have a big annual ceremonial wank before Xmas, as I can imagine it must be highly stressful organising presents for all the children of the world.
This could be construed as quite a sordid event, but in making a bit of pageantry out of it, it can be a fun day out for all the family.
By regaling this tale, you preserve the uniqueness of Santa and keep the magic of Xmas alive.
Maybe change the name from "The Santa Run" to "Santa Empties His Sack"?

There's an interesting tv ad on at the moment in which a rather seedy looking man with a guitar harangues a young man in a pub for receiving "knock off DVDs" and other such contraband.
This revelation causes the young man to lose his girlfriend, and the pub regulars join in with the seedy guitarist's song.
Now I may be wrong, but I reckon if I went into a pub in a fairly rough area of Edinburgh, and began playing a guitar and singing abusively at people who had accepted knock-off DVDS...
well, I predict I'd be shortly leaving the pub gingerly with the guitar forcibly shoved up my arse.

England have got a proper good manager.
The days of under-achievement could be at an end.
I hope he does well. I've always liked Mr Capello.
In years to come, Scottish fans will probably look fondly back on the Steve McClaren era, as the last great English comedy manager.
Maybe England are worth a bet to win the 2010 World Cup?
I'd be interested to see the odds.
I started watching Football Focus today but had to switch it off.
There was a feature on Capello.
They used the Godfather theme, mixed up with some mafia cliches...then Garth Crook appeared to deliver a stream of his trademark over-earnest bollocks.
That was enough for me!
Posted by jimbo at 2:45 pm 3 comments: 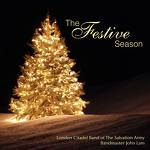 I actually thought that my "for for porpoise" line was quite original and funny. Hah! What a twat!
After a quick Google, I discovered that the "fit for porpoise" line is all over the internet in various contexts, like a bad rash.
It's always slightly tragic when you think you have a good new joke, but it fails the Google examination.
I was walking down my street yesterday when I noticed a group of pigeons feeding enthusiastically on a fresh-looking pool of vomit on the pavement.
It's just one of these charming, memorable images which serves to remind us that the Festive Season is very much upon us.
It's pretty much the whole of December now. That's 1/12 of a year. That's quite a long time to keep the Festive thing going.
So don't let me catch any of you being miserable during this time. It's just not on.
I spent a little time Xmas shopping today. It's such fun!
The centre of Edinburgh was predictable jammed.
There's quite an uncomfortable mix of people on the streets.
There's the Xmas Shoppers with that tense 10 000 yard stare...the expressions of people who give the impression they've have just had a tense tour of duty in Iraq.
Then there's the groups of people obviously up in Edinburgh for a weekend of extreme drinking and revelry, bouncing around, annoying the shoppers by stopping suddenly in the street for a group chat, and having the nerve to look cheery, even if it is all a false, largely alcohol-fuelled facade.
I lasted an hour then had to bail out.
Posted by jimbo at 9:17 pm No comments: